When Mike Gelskey was seventeen he went to work in a sling fabrication shop. In 1979, seven years later he secured private funding and founded Lift-It® Manufacturing Co., Inc. Lift-It® has become an industry leader in the manufacture and distribution of quality rigging products to discriminating international customers.

Mr. Gelskey has authored numerous articles for national and international publications. He served the Web Sling and Tiedown
Association as President for three years, chairs the Legal Resource Committee and is a member of the web sling and roundsling
subcommittees. He also serves as a member of the ASME B30.9 Sling Subcommittee and the Technical Committee for the Associated Wire Rope Fabricators as the chairman of the Risk Management subcommittee.

Long before sling safety training was “popular” Mike Gelskey presented sling training at his own expense, many times around the clock to anyone who would listen. To this day, Mr. Gelskey provides generic instruction on a gratis basis to make a difference in the lives he touches. With 42 years of experience in the design and fabrication of synthetic lifting products, he has presented
sling user and sling inspection training for 36 years to numerous corporate clients, organizations and associations. Many of these entities have Mr. Gelskey return on multiple occasions speaking volumes about the worthwhile nature of his message.

Mr. Gelskey is passionate about what he does and his message goes far beyond sling use and inspection. His energy is contagious and his mission is to inspire and instill a quest for excellence that does not allow for compromise. His ultimate goal is to change learned behavior and attitudes resulting in behavior modification as an aversion for risky behavior is developed and a desire for safe and proper practices is cultivated in his audiences. 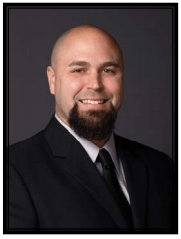 Mike Gelskey, Jr. began his employment at Lift-It® Manufacturing Co., Inc. in the shipping and tag departments. He moved to the web sling fabrication department at the age of seventeen and set up the cargo net production department. Twenty-five years ago, he was instrumental in creating the Twin-Path® Roundsling fabrication department. Mike Gelskey, Jr. built and developed the protocol for the testing department which operates 75 and 300 ton test machines. In 2002 as Quality Manager he implemented and maintains quality management systems to ISO 9001:2008 and AS9100 Rev. C standards.

In 1995, Mr. Gelskey began overseeing manufacturing operations and in 2012 was promoted to Vice President and General Manager. On February 9, 2015, Mike Gelskey, Jr. joined his father and presented his first training class for a large, west coast utility. In March 2015, “Junior” presented training for a prestigious, international organization. Following in his father’s footsteps, he applied for membership to an ASME subcommittee and will become more involved in select industry associations.

“Junior is truly a self-made man. He educated himself and climbed the ranks at Lift-It® by doing every job possible, earning the respect of his coworkers by performing at a degree of excellence that goes far beyond noteworthy. He makes me extremely proud as his father and has definitely been a key factor in the growth of Lift-It® making it the largest synthetic production facility under one roof in the United States”.